Don’t invest unless you’re prepared to lose all your money invested. This is a high‑risk investment. You could lose all the money you invest and are unlikely to be protected if something goes wrong. Take 2min to learn more

Due to the potential for losses, the Financial Conduct Authority (FCA) considers this investment to be high risk and because Mintus is regulated and authorised by the FCA, it requires us to provide you with the following warning.

What are the key risks?

1. You could lose all the money you invest

2. You are unlikely to be protected if something goes wrong

3. You won’t get your money back quickly

4. Don’t put all your eggs in one basket

If you are interested in learning more about how to protect yourself, visit the FCA’s website here.

Outlook for the art market in 2023 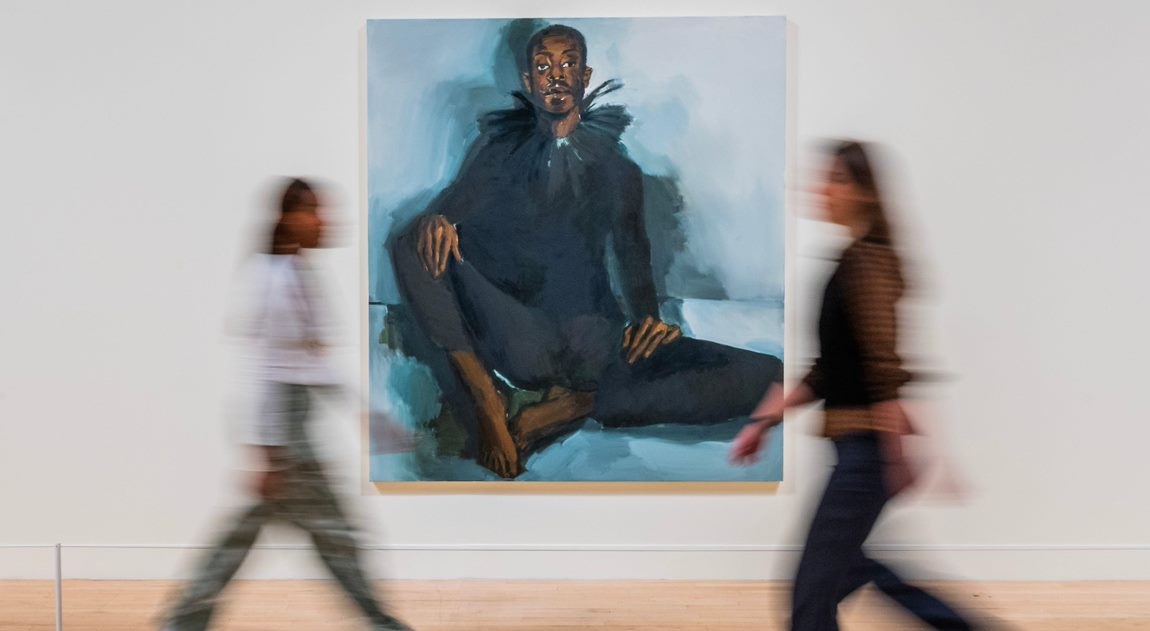 Jonathan Massey has over 30 years’ experience inthe art market. A current Mintus Advisor and member of the Investment Committee, he was formerly a Senior Director at Sotheby’s before working as Chief Operating Officer at Gurr Johns, the world-leading international art advisors. He uses his experience and market insight to ensure Mintus selects the best investment-grade art for our platform.

Discover his predictions for the art market in the coming year below:

The market for African Art has been increasing over the past decade. Between 2016 and 2021, auction sales for African artists increased 17.2% year-on-year (ArtTactic, Modern & Contemporary African Artists Report 2016-2021). Growth continued in 2022, with artists from the continent and the diaspora like Lynette Yiadom-Boakye ($5.1m) and El Anatsui ($3.9m) posting significant, if not record, auction turnovers. Meanwhile, the growth of the market was recognised by major commercial galleries and institutions alike – Gagosian added young British artist Jadé Fadojutimi to their roster, Lynette Yiadom-Boakye was the subject of a major retrospective at Tate Britain, and Atta Kwami was commissioned to produce a mural for the Serpentine Gallery in London as winner of the prestigious Maria Lassnig Prize. Expect this to continue.

… the same can be said for women artists.

Women artists posted their highest share of the auction market in 2022, accounting for 15.3% of total sales generated, up from 12.8% in 2021. That growth was reflected in the ArtTactic Top 100 Post-War and Contemporary artists, which featured 25 women. Up from 21 in 2021, and 15 in 2020. Emerging names smashed estimates – Flora Yukhnovich sold over ten times her estimate to set her new auction recordof $3m back in March – and the more established names produced huge numbers – $56.5m at auction alone for Joan Mitchell. Despite these strides, there’s still a long way to equality and with the continued interest in discovering both new talent, and ‘re-discovering’ overlooked artists from the past, I don’t see demand for women artists’ work stopping any time soon.

The London market is under pressure

The wider ramifications of Brexit have been the source of constant political consternation for a while now, but the implications for the art market are becoming ever more apparent: London is indanger of losing its position as the premier market in Europe. With the logistical complications of leaving the single market, namely the increasing restrictions on the free movement of art within Europe alongside increased bureaucracy, there have been suggestions that Paris is becoming the new European destination. Art Basel launched a new edition of its globe-trotting fair in the French capital, whilst Masterpiece, the single London fair that encompasses art, antiques, and antiquities recently announced its cancellation in 2023 as it was “not commercially viable this year.” Despite this, talk of a fall may be premature: ArtTactic’s Auction Market Report has revealed that London saw sales increase by 8% to $2.3bn in 2022; meanwhile, Paris sales fell by 7% to $887m. Let’s see how this develops.

The big galleries will get even bigger

The leading international galleries, such as Gagosian, Hauser & Wirth, David Zwirner, Pace, oversaw major growth in2022. New artists joined their ranks and were the subject of major exhibitions,from Anna Weyant joining Gagosian to Frank Bowling and Ed Clark’s exhibitions at Hauser & Wirth (note: female artists and those from African diaspora.) In 2023, new locations have already been announced, from Los Angeles (David Zwirner) to Paris (Hauser & Wirth). Yet, more interestingly is each gallery’s pivot to become ‘360’ businesses. Publishing, hospitality (restaurants and hotels), digital platforms, and retail are all becoming complementary arms to one or more gallery’s artistic endeavours. It begs the question, what will it be next?

Last year proved that when exceptional artworks come to market, there will always be demand. Twenty artists set auction records during the sale of the Paul Allen Collection, whilst five works sold for in excess of $100 million. Ultimately, even during the times of economic uncertainty, items that are of the highest quality and are fresh to the market – or have not been traded for many, many years – will always find strong prices.

This is why I expect the most iconic Post-War and Contemporary artists, from Andy Warhol and Jean-Michel Basquiat to Jackson Pollock and Mark Rothko, to remain at the forefront of the market for years to come. 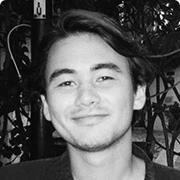 Anthony specialises in Modern, Post-war and Contemporary Art, having worked at both auction houses and galleries such as Christie’s and Olivier Malingue in a research capacity for several years. He has a BA in History of Art from UCL and a MA Art Business from the Sotheby’s Institute of Art. 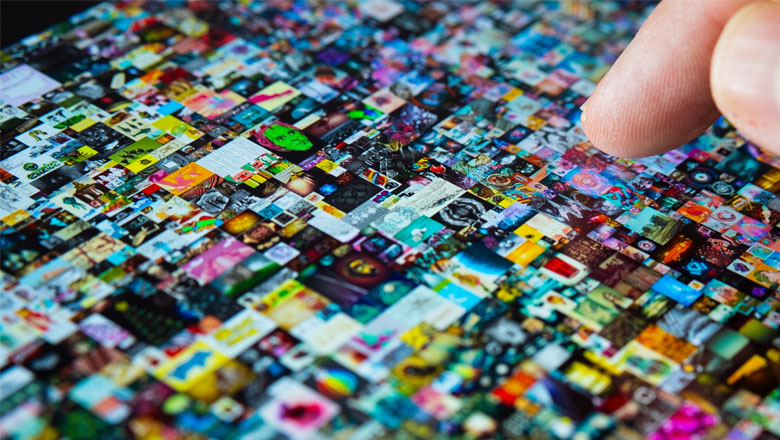 Digital Art Vs. Traditional Art: Which Should You Back In 2023? 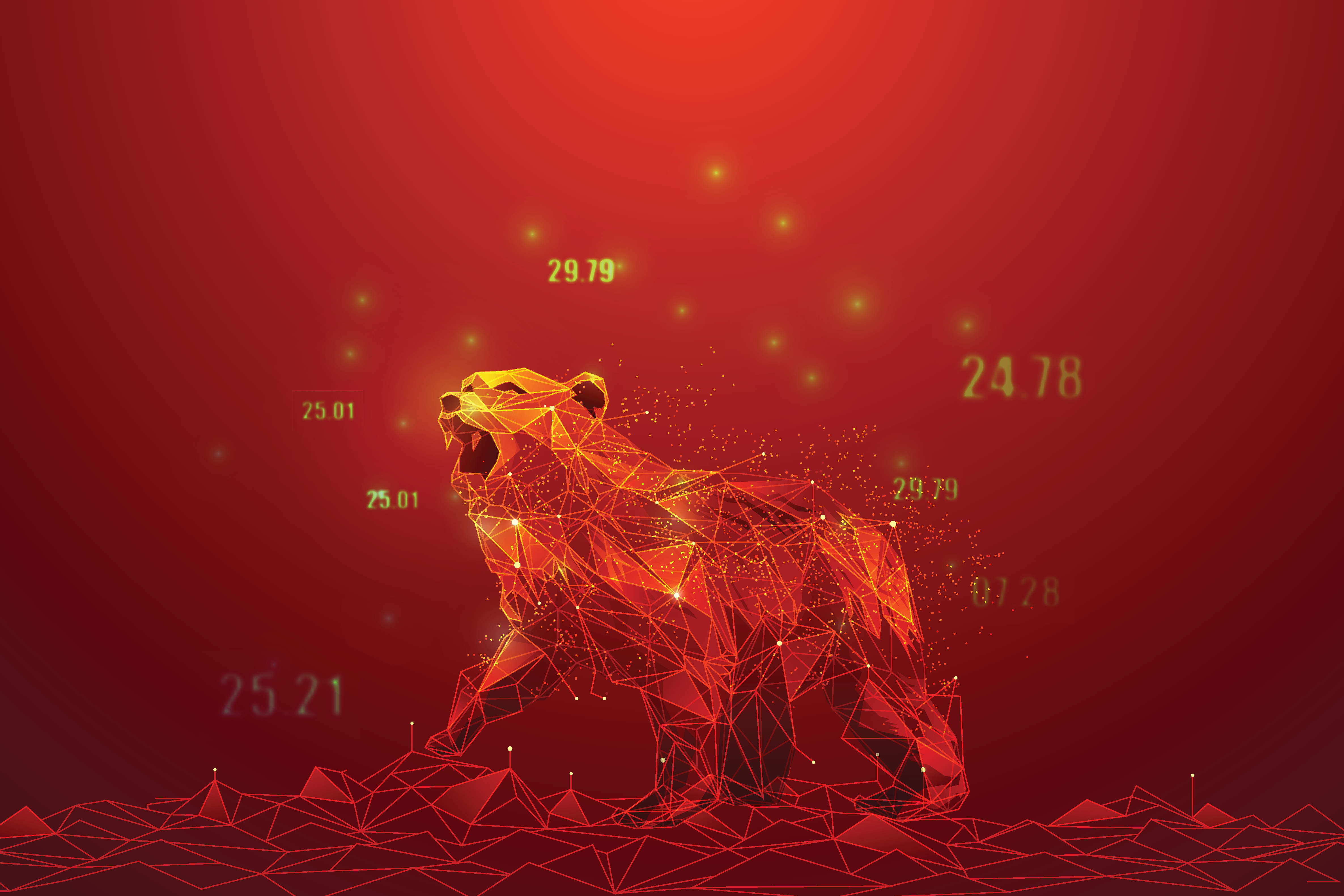 Mintus Predictions for Alternative Investments in 2023 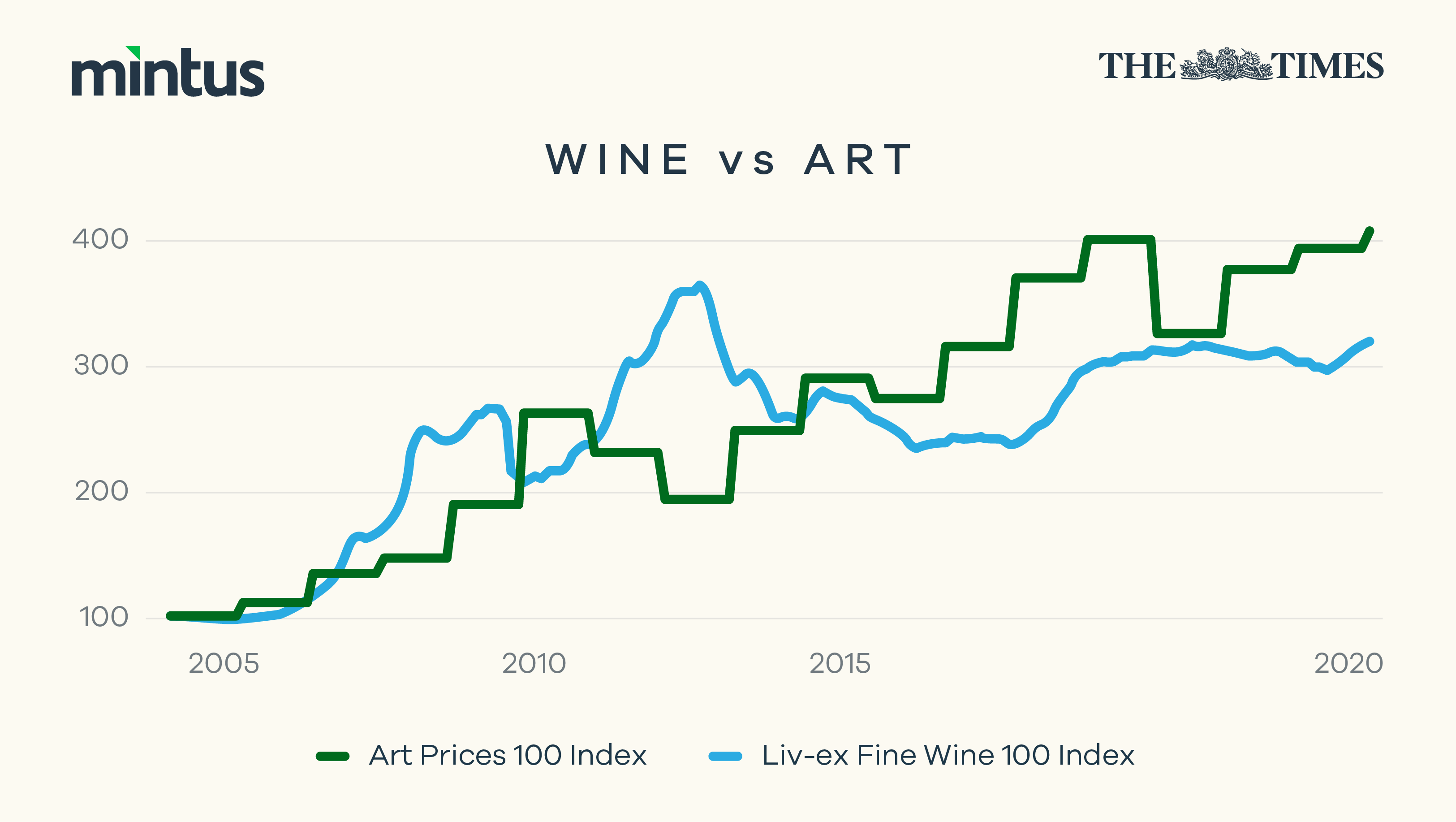 Mintus features in The Times 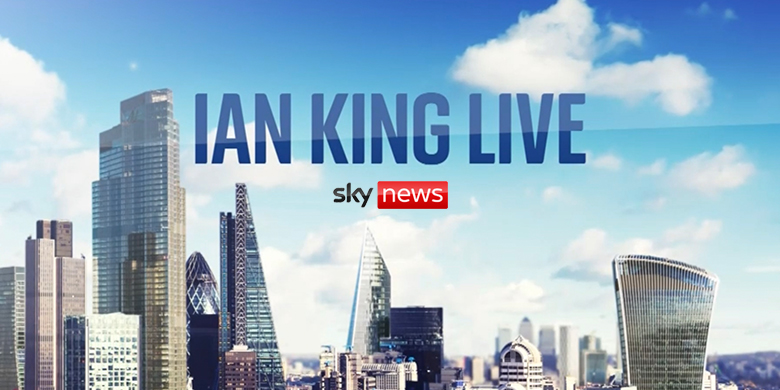 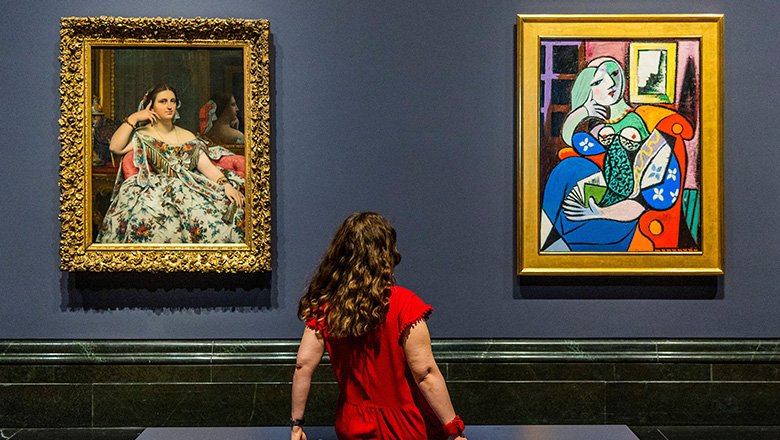 How to Authenticate Art

Mintus Trading Limited is authorised and regulated by the Financial Conduct Authority (FRN 942522).

Mintus.com is operated by Mintus Trading Limited, a company incorporated in England and Wales (Registration number 12643726).

Please familiarise yourself with the following disclosures before investing.

Past performance is no guarantee of future results. This is the case for specific pieces of art, for the artist’s market, for the art market as a whole, for Mintus, and for the funds managed by Mintus. Any historical returns, expected returns, or probability projections are not guaranteed and may not reflect actual future performance. Any investment involves a risk of loss, and prospective investors are urged to carefully consider whether an investment is suitable for them. The value of an investment may go down as well as up and investors may not get back their money originally invested. Investments in art, or in companies owning art, are highly illiquid and those investors who cannot hold an investment for the long term (at least 5 years) should not invest.

All securities involve a high degree of risk and may result in partial or total loss of your investment. Your capital is at risk.

You should carefully read the Information Memorandum concerning the investment and the underlying asset held, and the associated risks specific to that asset and investment.

The comparisons of historic performance of art, financial assets and commodities are comparisons of historical data which may not be a reliable indicator of the value of any given piece of work. In addition, different investments have differing features including differing risks, differing liquidity, and differing transparency of valuations. The comparisons included here do not reflect actual trading and are hypothetical returns generated based on proprietary methodologies developed by the third parties indicated on each picture. These performance calculations do not include any reduction for fees, which would likely decrease returns; investors in the investment opportunity described in this document will be charged fees based on their investment. Investors should treat the performance data provided in this document as illustrative only and should not base their investment decisions on them. Additional information on the figures provided here is available from Mintus on request.

The underlying asset may be art, or another speculative asset class that may be illiquid, hard to value, and have a high risk of loss itself. Please note that art is not an investment instrument covered by the Financial Conduct Authority. The underlying asset may be valued in a currency other than the invested currency and therefore there may be currency exchange risk in addition to the inherent investment risk. Each asset in which you may invest will have risks that are specific to that asset class and indeed that asset itself. You should review all available material carefully before deciding to invest and, if you are unsure about whether the investment is a good decision for you, you should consult with an authorised investment advisor who has experience of the asset class in question.

Investments offered by Mintus are illiquid and there is never any guarantee that you will be able to exit your investments on the Secondary Market or at what price an exit (if any) will be achieved. In addition, the timeframes to liquidate the underlying asset and return capital may be extended beyond those anticipated by the manager due to many factors. You should not rely on any specific timeframes for a return of capital and should not enter into any investment if you think you may need to liquidate the investment in the medium to-long term.

Not a Public Exchange

The Mintus Secondary Market will not be a stock exchange or public securities exchange, there are no market makers, there is no guarantee of liquidity and no guarantee that once launched, the Mintus Secondary Market will continue to operate or remain available to investors. You may not be able to sell your investment easily or without taking a loss.

Forward-Looking Statements Should not be Relied Upon

Not a Recommendation, Speculative, and High Risk

Mintus does not make investment recommendations and no communication, through this website or in any other medium should be construed as a recommendation for any security offered on or off this investment platform. Investments in private shares and non-mainstream pooled investments of the kind offered on the Mintus platform are speculative and involve a high degree of risk and those prospective investors who cannot afford to lose their entire investment should not invest. You should carefully consider the risk warnings and disclosures for the respective fund or investment vehicle set out therein. The value of an investment may go down as well as up and you may not get back the money you originally invest. An investment in a fund, private company or investment vehicle is not the same as a deposit with a banking institution. Please refer to the respective fund documentation for details about potential risks, charges and expenses. In the most sensible investment strategy for investing in private companies, private companies should only be part of your overall investment portfolio. Further, the private company portion of your portfolio may include a balanced portfolio of different private companies. Investments in private companies are highly illiquid and those prospective investors who cannot hold an investment for the long term (at least 5 years) should not invest.

Investments are not covered by the Financial Services Compensation Scheme and your capital is at risk.

No Guarantee of Dividends

There is no guarantee that any company you invest in will pay dividends or other form of income to you.

Read More
Show Less
Mintus uses cookies to ensure our website works, to understand how you use our services, and to personalise content.
Customize preferencesDenyAccept
Join Mintus